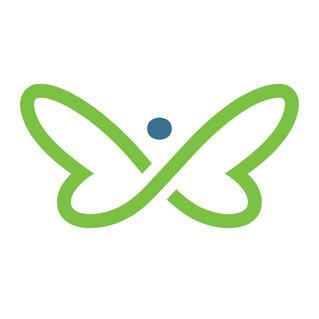 When you think of India, what images come to mind? Is it the dark forests from Rudyard Kipling’s and later Disney’s The Jungle Book? Or maybe the modern cities of Mumbai, home to glamorous Bollywood. Or Bangalore, the famous IT hub? Perhaps, the majestic Taj Mahal, or yoga asanas against the backdrop of the Himalayas. A land of mystic practices, a vibrant culture, delicious food, chaos, and colour?

With 1.3 billion people — the second-largest population in the world — and an ancient civilization, India is all this and more. Like Canada, the country is blessed with incredible natural beauty. Nestled between the Himalayas in the north and the Indian Ocean, Arabian Sea, and the Bay of Bengal in the south, you can easily spot India on a globe, with its peninsula jutting out of Asia. Apart from a great number of doctors and engineers, India has contributed in many ways to the world. From number zero to Ayurveda, Hinduism and Buddhism, surgery, astronomy, masala dosas, and chess. Even the world’s first martial art, kalaripayattu, originated in India.

However, the India we know today with its defined geographical borders, states, and territories, is not the same India that Christopher Columbus ventured to find when he landed instead on the shores of North America. What many considered to be India included present-day Pakistan and Bangladesh. The Indian subcontinent was a vast area, portions of which were controlled by feuding colonial powers: the British, the Dutch, and the French. Ultimately, the British established their dominion, and ruled India for nearly 100 years from 1858 to 1947. A century before that, The East India Company, an English joint-stock trading company, was governing many of its main territories.

India, with its ancient civilization, is actually a relatively young country. In 2022 this largest democracy in the world will celebrate its 75th year of existence. This is because India had to fight against and overthrow British rule to secure its independence - the Indian Freedom Struggle, as it is popularly known. On August 15, 1947, present-day India (officially, the Republic of India) was born. Since then, August 15 is celebrated every year as Indian Independence Day.

One of the biggest (and nationally televised) events on India’s Independence Day is the National Flag Hoisting Ceremony and Military Parade in New Delhi, India’s capital city. The flag hoisting takes place in the historic Red Fort, followed by speeches by both the Prime Minister of India and the President of India. The celebrations also include an impressive 21-gun salute as well as displays and parades by the Indian Armed Forces.

India’s Independence Day is a day where Indians display their patriotic spirit and love for their motherland. National songs and patriotic tunes are played on the radio and television channels. All over the country, people wear the three colours of the Indian flag - saffron, white, and green. Tiny paper replicas of the Indian National Flag are pinned to chests and small paper flags are sold at every street corner. Flags are waved with gusto by children and adults alike. It is an important occasion for every Indian citizen.

Originally, the plan was for the British to pass the Indian Independence Act that would hand over all rule and power to Indian nationals in June 1948. However, the demand for a separate nation of Pakistan and the political unrest it caused led to both India’s and Pakistan’s independence being declared a full year earlier, in August 1947.  Lord Mountbatten, who had been appointed as the Viceroy of Undivided British India earlier that year, decided to advance the date of India’s Independence Day.

Indian Independence Day Is a Tribute To WWII Allied Power

As remarkable as the reason was for choosing August 15 as India’s Independence Day, it’s not unique. Just like India, as many as five other countries also celebrate their Independence Day on August 15. These countries include South Korea, North Korea, Congo, Liechtenstein, and Bahrain.

The Indian National Anthem Was Adopted Only Later

As you’ve read above, singing the Indian National Anthem (Jana Gana Mana) is one of the highlights of the Indian Independence Day celebrations. However, when India gained independence, the song had not yet been adopted as the country’s national anthem. While it had been written in 1911 by the famous Indian poet and writer Rabindranath Tagore, it was only adopted as the Indian National Anthem in 1950 — a whole three years after independence.  On India’s first Independence Day, August 15, 1947, another well-known national song (originally a poem) called Vande Mataram was recited.

Mahatma Gandhi, born Mohandas Karamchand Gandhi, was the foremost leader of India’s freedom struggle. Internationally, Gandhi is known for his non-violent form of protest. In India, he is referred to as the ‘Father of the Nation’ and it is his face that appears on India’s currency notes. Yet, when India gained independence, he was not present at the ceremonies and celebrations. This is because, on that day, August 15, 1947, Mahatma Gandhi was engaged in a non-violent protest of fasting against the violence and riots that had occurred due to the partition of India and Pakistan. Since he was involved in protesting, the Father of the Nation had to miss the birth of the new nation.

India’s first Prime Minister, Pandit Jawaharlal Nehru, was a masterful orator. On August 15, 1947, he delivered his ‘Tryst with Destiny’ speech, considered to be one of the greatest speeches ever made. India’s first Independence Day celebrations began at 11 PM on August 14 to usher in the new era of independence at midnight. On that night, Pandit Nehru delivered these famous lines “At the stroke of the midnight hour, while the world sleeps, India will awake to life and freedom.” This particular part of his speech perfectly captures the excitement, the hope, and the sheer significance of the moment.

How Can You Celebrate Indian Independence Day?

Tune in to the Celebrations in New Delhi

You can watch the flag hoisting and military parades in New Delhi right from the comfort of your home, thanks to the internet.

Go beyond the Taj Mahal and tigers and learn more about this incredible country - you’re sure to find something to suit any interest. Every corner of India has something to offer from living root bridges to the world’s tallest statue, multiple languages, cuisines, and ways of living. In fact, the sheer diversity from one state to the next is simply amazing.

We hope you enjoyed learning about India’s history, a little trivia on Indian Independence Day, how the day is celebrated in India, and how you can celebrate too. From all of us at Innovation, we wish every Indian a Happy Independence Day!